Hills Pharmacy is here to help

From friendly advice, to filling your prescription, and offering Med Reviews, we are the pharmacy you can count on.

Ordering Made Easy With our App

Say goodbye to waiting for your refill. Hills Pharmacy is proud to offer an innovative and user-friendly App for both Android and Apple.

Two Locations to Serve you Better

Hills Pharmacy offers two locations in Aylmer to serve you better. Visit us at our downtown or clinic location.

Hills Pharmacy was established in 1946 by Godfrey and John Hill, two brothers from Tillsonburg. The original downtown store has been operated as a Pharmacy since 1869. Godfrey’s son, Tom, joined the practice as a Pharmacist/Owner in 1981. Rowland Hill (John’s son) and Tracey Thompson (Godfrey’s daughter) also work at the pharmacy. In 1989, John Bajc, of St. Catharines joined the firm as a Pharmacist/Owner.

In 1991 Hills Clinic Pharmacy was opened in the West Talbot Village, now the location of the Family Health Team in Aylmer. Hills prides itself in providing many personalized services and keeping our patients healthy for over 70 years.

In 2014, Tom’s daughter, Julie LeClair started working as a pharmacist at both locations.  Sam Hill (Rowland’s daughter) started working at the pharmacy in 2018.  In 2020, Hills Pharmacy celebrated it’s 74th year of operation and entered into its third generation ownership, as Julie LeClair and Chris Sawler, of Nova Scotia, took over as owners from John and Tom.

Call to arrange for us to deliver your medicine right to your door.

Dosette packaging to manage your medications.

Offering a number of vaccinations at our Clinic location.

Offering a full line of compression stockings, such as Airway, Jobs, etc.

A one-on-one consult with one of our pharmacists if you’re taking 3+ meds.

Refills Made Easy With Our App! 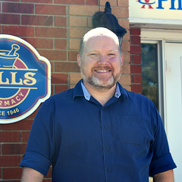 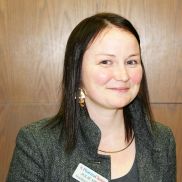 Discover how we can help

When it comes to managing your health, the experts at Hills Pharmacy PharmaChoice are ready to help. Explore the many services we offer and learn more about what’s available in-store.